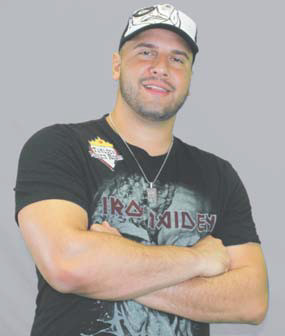 Due to a scheduling conflict on Michael “The Grinder” Mizrachi’s calendar, the dates for the Turlock Poker Room’s Central California Summer Poker Classic have been changed to May 17 to 19 (one week earlier than previously announced).

Everything else remains the same, from the $350 DeepStacks poker course on Friday morning to the $450 + $40 tournament with Day 1s on Friday and Saturday afternoon and the Day 2 conclusion on Sunday.

The tournament is an official stop on the DeepStacks poker tour and they will stream the final table of six players on DeepStacks 360.

First place in the tournament will receive, in addition to prize money, a $3,000 package to the 2013 DeepStacks Poker Tour World Championship held in December at the Mohegan Sun Casino in Connecticut ($2,500 tournament buy-in plus $500 spending cash). Lodging and accommodations will be provided by the DeepStacks Poker Tour. The winner will also receive complimentary entry to any tournament hosted by the Turlock Poker Room from June 1, 2013 to May 31, 2014.

The poker course on Friday morning comes highly recommended as an opportunity to further hone your poker skills as you learn from professionals like Mizrachi, Tristan Wade, and Jason Lee.

As the official ambassador of the Turlock Poker Room, Mizrachi has been to TPR several times already this year, with more appearances to come. Each tournament they hold with him participating is part of their 2013 Grinder Showdown. Players accrue points by placing in the top nine spots at any of these tournaments.

Then, later in the year on a date and time to be announced, the 16 individuals with the most points will meet for the $15,000 Heads-Up Finale Freeroll to conclude the Grinder Showdown series.

Imagine the bragging rights if you take down The Grinder heads-up!

The Turlock Poker Room has recently launch­ed a new game that was only recently approved by the state of California— Pure Spanish 21.5. It’s only available in a few card­rooms in the state so far, but it’s been proven to be a very popular addition to the table games menu.