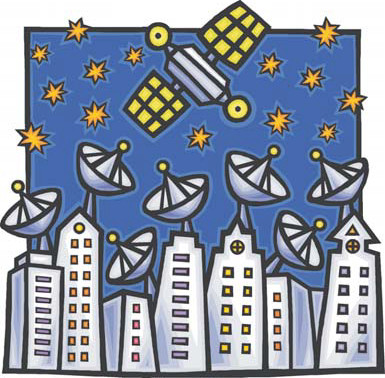 The CardroomJan 10, 2013January/February 2013Comments Off on Understanding Satellite Tourneys

A rush of big tournaments is due to hit California in the next few months with $1,000, $2,000, and even $7,500 buy-ins! These bigger buy-ins can be hard on one’s bankroll. Lucky for us, most casinos provide an affordable alternative in the form of cheaper satellite tournaments. We enter a satellite and if we win, we get a seat to the bigger tournament. On the surface this seems trivial, win one tournament so we can play another. However, not all tournaments are created equal. There is a fundamental difference, that most players are unaware of, between satellite tournaments and normal tournaments.

Most players make the mistake of playing satellite tournaments like normal tournaments. A normal tournament has a top heavy pay structure with first place sitting atop the payout pyramid. There are significant jumps in money once the final table is reached, with each place paying out anywhere from 10 to 60 percent higher than the one before it. In a 150 person tourney, the difference between first and ninth place is often greater than 800 percent! This structure creates a dog-eat-dog world in which all players, regardless of chip stack, must fight to the death.

On the other hand, a satellite tournament has a normalized pay structure with a set number of spots being equivalent, usually in the form of seats to a bigger tournament. For example, if 145 players enter a $450 WPT satellite (for a $7,500 WPT seat), then eight seats will be awarded and the remaining cash ($5,250) is distributed among ninth through 14th place. So, in this particular satellite tournament, places 1 through 8 are equal and ninth can be thought of as the seat bubble.

The ramifications of the above are enormous and completely change proper tournament strategy. If eighth place is equivalent to first place, then there is no need to accrue all the chips on the table as one would in a normal tournament. All that is required is to amass enough chips to guarantee eighth place! As the field reduces in size relative to the bubble, the nature of play should change. The environment will gradually shift from the typical every-man-for-himself battle royale to big stacks vs. little stacks. This occurs because player objectives align——that is, everyone wants to get a seat. Unfortunately, most players are unable to curb their normal tournament instincts and it’s not unusual for the following situation to occur.

There are 10 players left and the top eight players get a $7,500 WPT seat. Average stack size is 13 BB (big blinds) and there are three players who have four BB or less. Players A, B, and C are at 25 BB and are on the button (BTN), small blind (SB) and bib blind (BB) respectively. Under the gun (UTG) player with three BB goes all-in and action gets to a player in middle position (MP) with 19 BB who also goes all-in. Action folds to player A on the BTN who folds as does player B. Player C wakes up with A-A and makes the call.

UTG shows 8d-8c, MP shows As-Qs, and Player C turns over Ad-Ah. Board runs out 8s-Js-Th-Ts-Jd and UTG wins the main pot with the full house and MP wins the side pot with the flush. Player C goes from being double the chip average to short stack.

In the above scenario, MP was incorrect in shoving. At this point, there is more value in UTG busting out than in MP (or any other player) winning the pot. Correct play would have been for him to just call so that players A and B could call as well (these players should call with any two cards!). If that occurred then correct play for Player C would be to just call the UTG all-in.

Come the flop, all the other players in the hand should then check every street regardless of board progression and holdings——the exception being having the absolute nuts on the river. Again, it is more important that a player be eliminated than winning the pot in question and the best chance of that happening is if multiple hands get to showdown.

But once MP incorrectly shoves all-in for 19 BB, Player C has to fold his pocket rockets. Why? Well, even against 7-2 offsuit, pocket aces are only an 88 percent favorite. Given that player C had nearly double the chip average and there were three players close to busting out, player C was a 99% lock to win a seat and, since 99 percent is much greater than 88 percent, A-A is a clear fold here.

Satellite poker is a different animal than normal tournaments. When the last payout spot is equivalent to first place, your strategy needs to drastically change. Instead of trying to win all the chips at the table you merely need to win enough to guarantee a seat. Once that occurs, it is incorrect for you to risk those chips for any reason, namely, getting involved with another big stack. Similarly, the goals of all big stacks should naturally align.

When the little stacks bust out you all win a seat! Thus, as you near the payout spots the game should evolve into big stacks vs. little stacks, since the value in a little stack busting out far exceeds the value of a big stack obtaining extra chips. Understanding these concepts is key to avoiding the common satellite mistakes that ensnare most players.