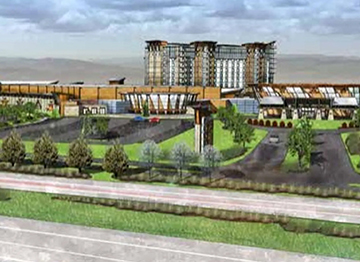 Redding Rancheria, operators of Win-River Casino and Resort near Redding, has produced a draft environmental impact statement as a step toward their desired relocation to a site they own just off Interstate 5 south of Redding.

The statement is currently being examined by the public during a consultation period that goes until June 17. The Bureau of Indian Affairs then will submit a report, followed by a ruling on the “economic, environmental, technical and other factors” involved in their land-into-trust claim made in 2016.

According to reports, Redding Rancheria is confident they will receive approval to relocate the gaming license so they can build a new facility on the 232-acre parcel. It would include a 69,000 sq. ft. casino, a 1,500-seat amphitheater, and a 250-room hotel.

The Redding Record Searchlight quoted Tracy Edwards, chief executive officer of the rancheria, as saying, “We want this development to be something the whole community can be proud of. We have shown that it is our priority and part of our culture to give back to the community to make it a better place to live.”