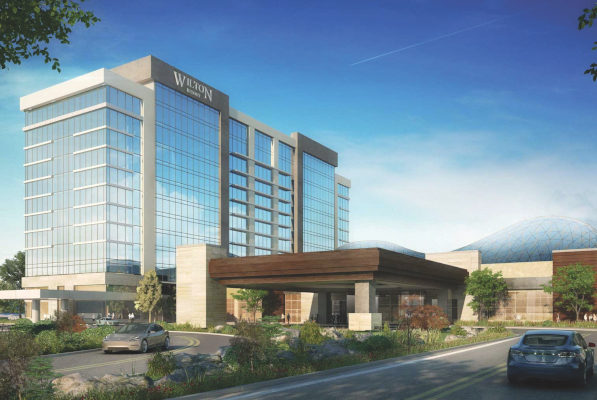 The CardroomMar 19, 2019Casino News, March/April 2019Comments Off on Work begins in Elk Grove on Wilton Rancheria Resort and Casino

Workers have begun demolishing part of the unfinished shopping center in Elk Grove in preparation for the construction of Wilton Rancheria’s $400 million tribal casino. The facility will include a 12-story hotel, spa, fitness center, events space, and a casino with approximately 2,500 slot machines and 84 gaming tables.

In January the United States Department of the Interior approved the gaming compact agreed upon between the tribe and the state of California in October 2018. This followed the defeat of a lawsuit last March that aimed to derail the project.

Raymond Hitchcock, Chairman for the Wilton Rancheria, reportedly told The Sacramento Bee that his tribe spent some $36 million in February of 2015 to buy the 35.9-acre plot for the casino before embarking on the required land-into-trust process, which was obtained in February of 2017. He purportedly detailed that the previous owner of the land, real estate developer The Howard Hughes Corporation, had originally intended to construct an outlet mall on the site but abandoned these plans despite the presence of a skeletal structure built by a previous landlord with similar intentions.

The Bee quoted Hitchcock as saying, “We’re starting a new chapter moving closer to a brighter future for our tribal citizens, the people of Elk Grove and the greater Sacramento region.”

Hitchcock told the newspaper that removing the existing steel structures on the site could take up to four weeks to complete while his tribe plans to start construction work “later this year” in hopes of opening the Wilton Rancheria Resort and Casino sometime in 2020.