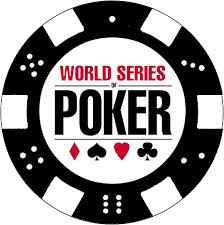 Flashing lights, mounds of cash, poker superstars, and red hot chip flying action—this is the World Series of Poker! The greatest time of the year for poker players is this monumental gathering of poker souls; a Mecca for gamblers. I urge anyone interested to take the trek. Poker at its greatest resides at the WSOP.

Cash games, tournaments, and satellites, oh my! However one chooses to experience the World Series, it will be unforgettable. One poker player might play only tournaments, while another could decide to play only cash. Then there’s the third option of a fusion of the two.

Taking the crew along for the ride is guaranteed to make participation even more enjoyable. Riding the highs and lows, bust outs, bagging/tagging, sick beats, and triumphant double-ups are exponentially better with the homies.

My first WSOP in 2016 showcased this beautifully. A poker genius buddy of mine (The Negotiator), his skilled girlfriend, and I decided to fire some events together. After driving into Vegas from Sacramento, we played in WSOP Event #1, Casino Employees’ Event. The entire tournament was a blast. I’ve never had more fun going busto.

Dealers, chip runners, floormen, and even fellow props came to strut their stuff on the felt. I was shocked at all the familiar faces and how well everyone clicked together. Alas, my tournament life was short lived, busting in the fifth level, but it was just the start of a great day.

I hopped down to the Rio’s Pavilion and set my sights on playing some legendary cash games. After several hours there, I was happy to learn that The Negotiator was making a deep run. I hurried down to the Amazon Room just in time to see him double up his hefty stack. He had joined the chip leaders of the day.

This was great! I would have a chance to root for The Negotiator and see him lift some gold in his very first WSOP tournament! Around midnight they were finally down to three tables and play ended for the day. After much congratulations, we parted ways and decided to let him get some much needed Negotiator rest.

The following morning was electric. He was starting among the chip leaders, and certainly one of the best players in the field. It was really happening! First, one table busted and then another. Next thing I knew, we were face to face with a WSOP final table in all its glory. The stage was set, WSOP logos, lights, cameras, and even the iconic rail was in tow. We had a small entourage rooting for The Negotiator, as did some of the other final table players.

Shortly into the proceedings, Ms. Negotiator noticed a familiar face on the rail. Chris Moorman was in the house! I sauntered over and introduced myself. He was rooting for a fellow Brit who had made the final table. A consummate gentleman, he introduced us to his crusher friends. All of them had a plethora of tournament cashes among them. Not long after, the beers were flowing and I bought rounds for everyone. Suffice it to say: we got a bit rowdy. Cameras were rolling for the internet stream and every pot dragged by The Negotiator got three stomps, two claps and a “Let’s Go!” We even got the English faction to cheer for our boy. It was intense!

One hand saw the eventual winner flop a straight flush vs. a flopped king high flush. How sick! Somehow in all the chaos, Ms. Negotiator and I were interviewed by sideline reporter Tatjana Pasalic. We stumbled through the interview and gave our best to Mr. N. Sadly, our fervor was not enough to carry our man to victory. He busted running into the pocket eights of the eventual bracelet winner. One last chant for The Negotiator, and he was sent packing with a cool twenty-two grand to his name. Celebrations were certainly in order, and we ­didn’t pull any punches.

This year’s WSOP didn’t hold any final table showstoppers, but it was just as entertaining. Between the huge fields and throngs of players, I never skipped a beat. There was no closing time or shortage of action. The best part of all—the games are everywhere! Great tournaments can be found inside and outside the Rio, through minimal investigation and research. The cash game enterprise in Vegas at this time is serious business! Big action is contagious at nearly every poker room.

This is a one-of-a-kind experience to all who love poker. There are many events and buy-ins that cater to any size bankroll. I would recommend planning your trip as far in advance as possible. Decide whether you plan on making money playing cash games or bracelet hunting in the awesome tournaments. Don’t forget to root for your buddies, and make each trip your own.

Finally, take a breather every so often. The grind can be brutal and unforgiving; make sure to enjoy yourself in the moment!

Vincent Olmos is a life-long lover of games, a big cardroom enthusiast, and a propositional player in Lodi. He is a successful cash game player and occasional tournament donkey who enjoys running and family time off the felt.