Home Back Issue Highlights You should never soft play anyone! 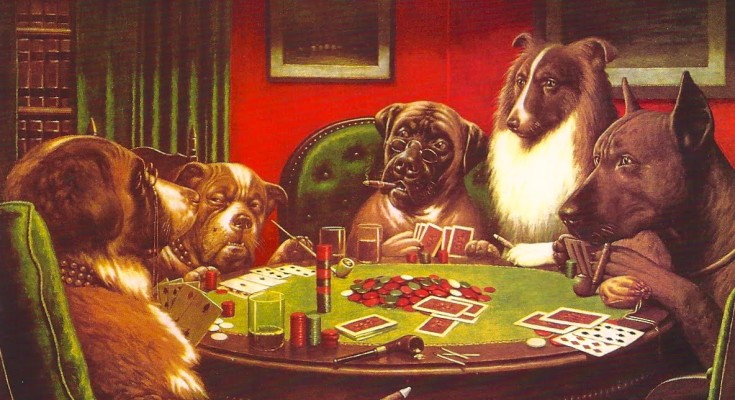 You should never soft play anyone!

Vincent OlmosSep 21, 2017Back Issue Highlights, Featured Stories, Guest Blogger, September/October 2017Comments Off on You should never soft play anyone!

Soft play is the nut low. What starts as a friendly gesture toward a fellow player ultimately ends up making the game horrendous. There are many unforeseen consequences of soft play, and many may not realize why it can be so particularly poisonous to the game.

Professionals, amateurs, and newbies alike all desire a game where their skill can be tested. They also appreciate an environment where all options are available to them. In the long term, the pursuit of poker greatness and satisfaction can never be achieved by soft play.

Soft play is defined as intentionally taking a less aggressive line toward another player(s), based on favoritism. Here is an example: Slim open raises his aces and gets called by Tom and Jack. Slim flops an ace and could not be happier. He is first to act. He bets and, unfortunately, Tom mucks the second he touches a chip. Jack, however, has a California flush draw (aka backdoor flush draw) and he snap calls. Our aces-wielding hero is discouraged; Jack is his next door neighbor/son’s godfather/car salesman/favorite R&B singer.

The turn brings a second spade on board. Counting the two in Jack’s hand, this totals four. Slim smiles, and knows he’s got this one in the bag. But our hero Slim does not feel comfortable betting one on one. He thinks it is rude to bet your associates in a heads-up pot. In addition to a most assured win, he can spare his buddy some money. Sounds great. He elects to check his hand, and Jack emphatically checks behind.

However, Jack’s fifth spade falls on the river, completing his runner-runner hand. Slim checks and is shocked to see Jack bet. He chuckles to himself and calls. Jack has completed his unlikely hand and Slim’s emotions hit the roof!

This is a very common scenario in cardrooms, especially low stakes. Many game structure and ethical lines have been crossed. Here is a list:

The gentleman with aces felt he had an ethical dilemma betting his hand or not. He should not make the mistaken assumption this applies to others as well. Slim may decide Jack “owes him one” on a later hand. A subsequent hand may emerge featuring Jack vs. Slim; he may feel Jack should let Slim have a free ride with his inferior hand. Jack may not share this sentiment. Clearly, this is starting a vortex of avoidable problems. The solution is clear: don’t soft play.

Slim is concerned about taking any of his friends’ money. His concerns are kind, but misplaced. With the exception of rake, poker is a zero sum game. Someone wins and someone loses. All players willingly participate in this competition. No one gets dragged from their homes in the middle of the night. Players gamble with their own money. This needs to be the understanding of the game.

It seems his qualms about playing with acquaintances should cause him to opt out of the game. A simple table change should suffice. He will take much more pleasure in poker that way. He can bet and raise unknown players to his heart’s content.

While this all may seem heartless, it’s not. Poker rules are laid out for all to abide by. They are created to make the game fair and headache free. Poker is not a team sport and can have many unnecessary gray areas. It’s our job to be open about our actions.

The table environment should be welcoming and fun-loving without any undisclosed policies. It’s okay to check-raise your grandmother. We should all abide by the soul of the game. Now get out there and chase some California flush draws!